The client is Carturesti Bookstore. Our collaboration with Carturesti starts back in 2008. We have designed different bookshops 4 them in different commercial centers. Over time We developed 3 trade mark designs that we repeated in different locations and another unique concept store design for Banesa Shopping City Mall.

For this particular project we were initially hired as consultants since the owner of the building started the project with another architect that was supposed to do the Carusel design too. Once inside the space I was blown away by the interior architecture the huge atrium by the way the light falls on the columns and all the original decorations. It had a major impact on me and I decided to invest 1 month in a concept with no expectations, just to get out of the system. The first image that came to my mind when I saw the space was a painting by Renee Magritte called Golconda. We developed an architectural concept based on this vision without a brief and with focus on the visual impact and functional dynamics. I would describe the initial concept as a combination of steam punk and surrealism I was thinking Brasil the movie, The City Of Lost Children the movie, 1930 Bucharest and public lightning in childhood 70 Bucharest…
The concept had a positive impact and both the owner of the space and our client Carturesti decided to give us a shot at the main project. We were called to participate at the creation of the final brief. So after about 1 month the final functional brief was structured.

* How did you handle the brief? What’s the concept of the project and the ideas behind it?
The concept was called the Carusel of Light and the result was very different from the direction of the initial concept.
After analyzing the final brief, the aim was to use visual qualities and potency of the existing space and add extra functionality through contemporary elements. Being a retail space, the main component is the storage on the perimeter. Whereas the existing registries have over 5 meters in height the perimeter furniture remains functional only to a height of about 210 cm, which is halve the useful space. Therefore, we looked for a formula for furnishing to exploit the whole perimeter and the rest of the height. Thus, we created additional traffic perimeter of the furniture available at both levels. Each side has received some kind of floor withdrawn generated perimeter with a central main entrance and a secondary access through some winding stairs.

Architectural intervention was designed to support the brand values , to create a visual impact through its sculptural shapes, but without in any way obstructing the existing buildings elements. So we created a fluid organic shape that winds through the existing structural elements, sometimes retreating behind the pillar and then standing out in console inside the existing spaces between the bays.

An important element of the design is the lighting installation. We opted this time for a punctual lighting and to bring the light temperature to a warmer spectrum approx. 3600K. The seemingly random arrangement of lighting was calculated numerically in congruence with the need of lighting the level of intensity was dictated by the exposed products. The image generators for the lighting installation design was a picture of the starry sky seen through central skylight.

SQUARE ONE was founded in 2001 as a multidisciplinary practice that is active in architecture, interior design, product design and graphic design. Our works are published and recognized worldwide and we have received international attention and critical acclaim. Today we also work as project managers and deliver turnkey projects. We constantly explore and research for new areas and we approach every new project as a challenge.

Graduated Ion Mincu Institute or Architecture in 1999, Cofounded Square One in 2001
During college he worked as storyboard artist for different movie productions, also as art director for tv comercials music videos and movie productions.
In 1998 he became creative director for an advertising agency during the college and worked as freelance art director until 2001 when together with Robert Marin cofounded Square One. The first implemented projects were mainly set designs for television shows and production design for movies. The first completed architecture project was a residential development “Baneasa Lake View” started in 2005 and was finished in 2007.

The projects he is involved in are very divers. From object design to interior design, public spaces, retail design, office spaces, residential developments and architectural installations.
Most of the project we are involved in we deliver as key turn projects. We like to assume full responsibility for the implementation of the projects and keep the control of all the details.
In the last few years we were confronted with smaller budgets for the projects we were involved in. we had to find ways in to keep the original architectural ideas for our concepts but to fit them into the existing budgets. This can be very difficult sometimes and this is the main reason some of the projects are not implemented.

I developed a method to use financial input for the projects and clients in order to help develop original architectural concepts required by the brief but who are not backed up by a sufficient budget. Such a method led to a the situation where the company turn key product delivered by the company. 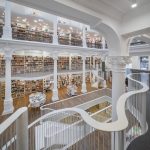 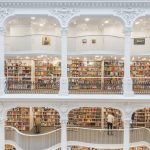 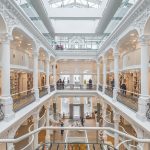 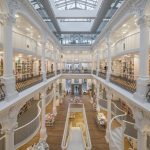 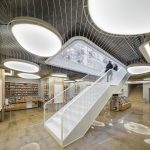 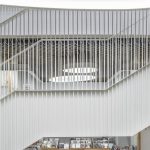 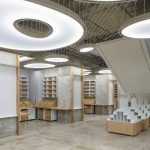